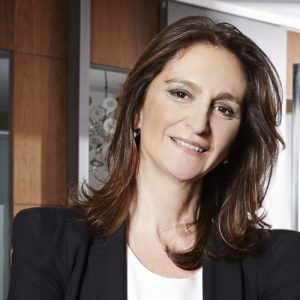 Alessandra Perrazzelli is the  Country Manager and General Counsel of Barclays Italy.

She is the Chairman of Italian Country Management Committee and of the Italy Risk and Control Committee. In addition she is Member of the Group Diversity and Inclusion Council and Chairman of the Regional Investment Committee.

Previously, she was Head of International Regulatory and Antitrust Affairs of Intesa San Paolo Group in Brussels, a position she held for ten years. She was CEO of Intesa San Paolo Eurodesk, a group firm dedicated to financing  innovative companies.

Alessandra started her career as a lawyer in New York and in Brussels, where she worked at Winthrop, Stimson, Putnam & Roberts.

Alessandra  was until recently a Board member  of  Azienda Trasporti Milanese since October 2011,  member of the Council of the Italian Banking Association since July 2014 and in 2015 she was appointed member of AIBE, Italian Association of Foreign Banks.